In Asia, China and Taiwan have for several weeks been in a silent political-commercial standoff, one of the latest consequences of which is what one might call "the pineapple war". 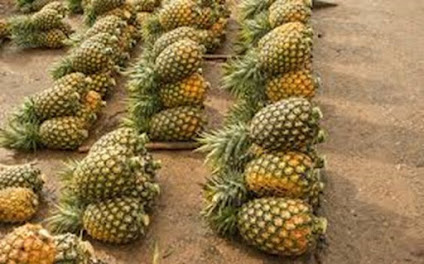 In fact, last February, Beijing decided to ban imports of Taiwanese pineapples into its territory, from March 1. A sudden ban deemed unfair, and not meeting the standards of international trade rules, by Wang Mei-Hua, Taiwanese Minister of Economic Affairs.

For the Island, this ban is above all a political act, while China claims to have taken this decision for biosecurity reasons (Chinese customs officials have found parasites in pineapples, according to Chinese media Xinhua).

“This is not the first time that China has used agricultural exports to other countries as political threats,” the island's ruling Democratic Progressive Party (DPP) said in a statement reported by Reuters. In this regard, we will recall the ban on imports of coal and Australian lobsters last year. For once, if the bulk of Taiwanese pineapples are consumed locally, China alone absorbs more than 90% of exports.

The "Pineapples of Liberty"

In the process, the leaders of Taiwan urged their citizens to consume more pineapples, to minimize the impact on farmers cut off from their large Chinese clientele.

Thus, while waiting to "reflect and discuss with China on this issue", "we will try to diversify and sell our excellent products in markets other than China", added the Minister.

For Taiwan, the strategy seems to have paid off, because Prime Minister Su Tseng-Chang recently said domestic demand for pineapples has exceeded total exports expected this year to China.

And as might be expected, the Americans were quick to jump at the opportunity to support Taiwan against China. This is also the case for Canada, somewhat at odds with China.