Name of Carrefour in China

Name of Carrefour in China

The giant of the distribution accuses his Chinese competitor, the supermarket chain Anhui Jiale, of having used his name and his logo between 2002 and 2009.

Fight for a name in China

Everything began when Carrefour began a vast market study concerning the region of Fuyang, in the province of Anhui (is from China). The group then noticed that about 160 supermarkets already raised its name and logo, tells the official Chinese agency Xinhua. In reality, these stores belong to the Chinese retail chain Anhui Jiale, based in 2002 and implanted in the region of Fuyang. The Chinese official name of Carrefour being phonetically translated "Jialefu", the French group considered that its local competitor had usurped his name and his logo.

The French giant of supermarkets, based in Paris, had to catch himself to believe in it having led an investigation of market in the city of Fuyang, in the province of Anhui, in the east of China. There are already 160 Jialefu stores in this city.

Carrefour has many store in China 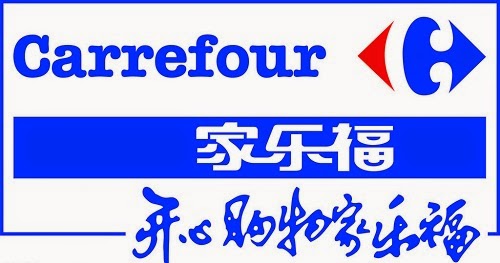 Carrefour lodged a complaint in justice against Anhui Jiale Supermarket Chain Co Ltd and his(her) subsidiaries to Fuyang, accusing them of having used illegally the logo " Jialefu ", the version quibbles of "Carrefour”, both in the name of the company and in its commercial activities. The Popular Intermediate Court of Hefei agreed to receive the complaint. The hearings in front of the court, which began August 18th of this year, are always in class.

Jiale, created in 2002, which changed its name of "Jialefu" in "Jiale" in August, 2009 forbids to have encroached on the registered trademark Carrefour, because it changed its name of "Jialefu" in "Jiale" before the complaint is put down. Jiale also supports that the Chinese logo of Carrefour, "Jialefu", means literally in Chinese " happy family " and that it misses that that elements identifiers which possesses a distinctive trademark.
Since its arrival on the Chinese continental market in 1995, Carrefour opened 157 stores and intends to carry the number in 185 by the end of this year.