The Woolmark Company in China


The Woolmark company has invested a lot in campains aimed at making Chinese consumers become familiar with the Australian Merino wool. Media events were held : for exemple, television episodes  introduced to the Chinese public the story of the prestigious fiber. In 2011, the Woolmark company began a collaboration with the Chinese clothing company the Enphants to educate Chinese consumers and make them understand the natural health benefits of merino wool for baby and mothers. With Chinese parents careful to buy quality and safeproducts for their children, the campain insisted on the properties of the naturally-moistered fiber which regulates the body temperature, prevents the skin from becoming clammy, and provides a comfortable environment to sleep. The Woolmark Company successfully presented its Mothers and Babies program’s Merino Mini collection at the Children’s, Baby and Maternity Expo (CBME) in Shanghai : this allowed the company to catch the attention of Chinese visitors who were seduced by the features of the Australian fibers previously unknown to them. 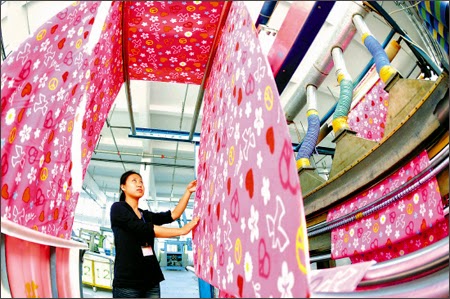 This year, the presence of the Merino Wool at the 22nd China International Clothing and Accessories Fair (CHIC) in Beijing shows the extent to which The Woolmark Company helped the Australian fiber gain momentum on the clothing Chinese market.  The Woolmark Company's Chief Strategy and Marketing Officer Rob Langtry seems very satisfied with the effects of the compains : according to him, « Chinese consumers are now showing a real interest in ingredient branding. That means not just the garment itself and the style of it, but the story behind it - how the fabric is made, where the fibre comes from, and what makes it special. »
The Woolmark Company is very confident for its future on the Chinese market and took the opportunity of exhibiting at the CHIC to go on educating Chinese consumers about the properties of the wool and to inform them of its collaboration with Chinese fashion retailers such as Youngor.